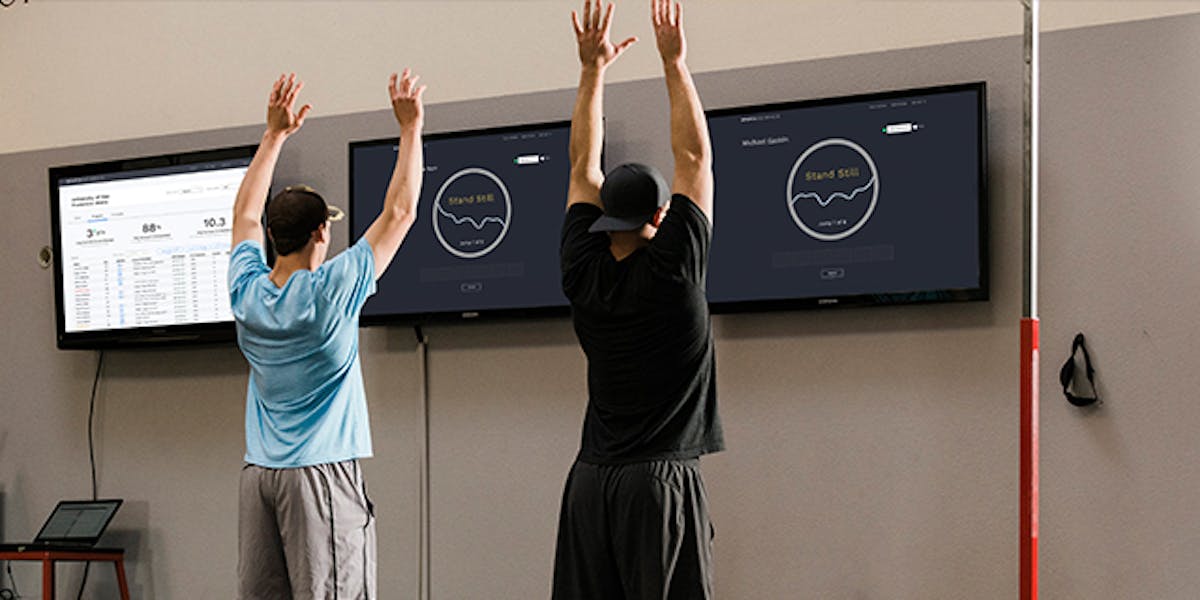 A strength and conditioning coach-turned-doctor believes he can prevent injuries before they happen through better, smarter science.

According to a study from Stanford University Children’s Health, more than 3.5 million children ages 14 and younger get hurt annually playing sports or participating in recreational activities. As competition and performance increase, so does the risk for injury. During the 2018 NFL Season, there were 57 ACL tears and 131 MCL tears.

Dr. Phil Wagner, CEO of Sparta Science, wants to change that. In 2009, he set out with a mission to better understand the human body, and not only find out why injuries were happening but also what could be done to prevent and even predict them.

Sparta Science uses a force-plate system powered by AI and machine-learning software called the Sparta Scan that documents and collects 3,000 data points per second, recording information to produce a unique movement signature for each user. The scan is comprised of three assessments — the jump, balance and plank scan. These track three distinct measurements: The user’s “load,” or ability to generate force; “explode,” or ability to transfer force; and “drive,” or ability to express force over time. Each test clocks in around 60 seconds, allowing Sparta to test large groups in mere minutes. The results assess movement health and injury risk in a matter of seconds while also providing data-driven exercise prescriptions that increase resilience, minimize injury risk and optimize rehabilitation to return to physical activity.

“We’re trying to instill good habits that go beyond strength training” says Wagner. “It is a big difference-maker when technology can help you be more resilient… [and assigns] the right program that can both improve performance and reduce injury at the same time.”

It’s the type of life Wagner couldn’t have imagined for himself. Wagner grew up in Berkeley, Calif., but never envisioned getting involved in the tech world despite only being about an hour from Silicon Valley.

“I grew up playing sports in a different realm but became drawn to this because of injuries and limitations. I did not have any answers into why this was happening,” says Wagner.

He broke into the sports world as a strength and conditioning coach for schools like Cal and UCLA before going overseas to work for professional rugby teams in New Zealand and Australia. Eventually, he decided his existing knowledge base only did so much to allow him to prevent injuries rather than merely treat existing ones. So, he says, “I went to medical school to better understand the human body and learn evidence-based research in order to effectively apply that back into injury prevention,” ultimately graduating with an M.D. from USC with a focus on biomechanics.

It provided the backbone for Sparta Science, which has raised $9.7 million in funding to date and worked with teams within leagues including the NFL, NBA, MLB, and MLS. Information also plays a key role: Sparta uses scan data collected from over 900,000 athletes and counting to predict ACL and lower-extremity injuries. So do customized, multi-layered workout programs.

The endgame is a regimen that is data-rich but malleable to different clients.

“We use Sparta Scans as part of our screening protocol here at the Institute to provide us with quick, actionable information that can help us better understand each and every athlete we work with,” says Dr. Mark Kovacs, CEO of the Kovacs Institute for Sport and Human Performance, “The three scans provide meaningful information that we use in our data-driven program design to help personalize our training for every athlete.”

Wagner has no shortage of target growth areas for the future outside of scanning. The company continues to expand into talent identification and has set its sights on stroke rehabilitation, knee and hip replacements. It even presented a case study from the NBA Draft at this year’s South by Southwest conference. Wagner isn’t afraid to branch outside of sports, either: He counts the Department of Defense as one of the company’s largest customers and says “the armed forces have approached us and want to identify potential weaknesses.”

It’s an unusual trajectory, which fits well with Wagner’s circuitous path through the sports medicine world. When asked to define his career journey, all he could do was laugh, before offering a word to sum it all up: “Unbelievable.” He hopes the same will be someday said about Sparta Science’s influence on sports medicine and health and fitness landscape.