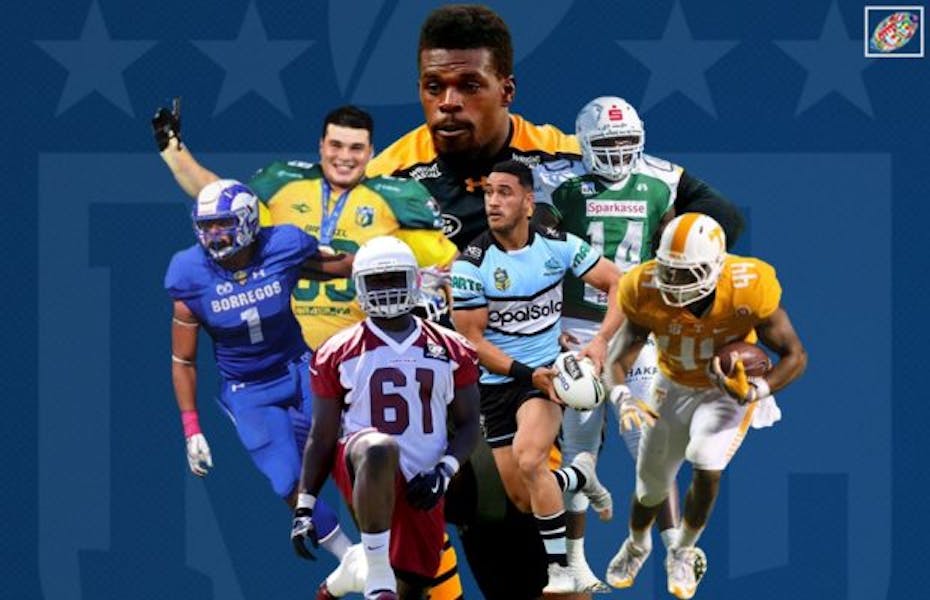 As usual, the athletes participate in speed, agility, strength and skill-based tests designed to evaluate whether they’re suited for a possible spot in the league. But do these traditional tests (relatively unchanged over the last 30 years) correlate with performance in the NFL? Probably not as much as you’d think. NFL teams recognize this problem, and one GM has said that the medical exams are the only worthwhile information anymore, outside the most obvious criteria - their ability to play football.

It’s not the height, it’s the how

While the combine included the traditional vertical jump test (using a vertec), they still have the athletes perform the Sparta Jump. The NFL sees tremendous value in not only measuring jump height but also looking at jump strategy. For example, we saw two separate athletes jump 30 inches back to back, so in the eyes of many, those two athletes are very similar in regards to explosive ability. However, by incorporating the Sparta Jump we can see that those movers are actually quite different, in fact. Not only do we measure jump height (reliably) using the impulse-momentum theorem, but we can also tell who is putting in more force - and for how long, which can tell us a lot about the “how” an athlete produces force.

Both of these individuals at the combine jumped the same height on average, but they both relied on distinctly different mechanisms to get to that height. The athlete on the left tended to be much less stiff (dissociates well - lower Explode) but can accelerate well over time utilizing a higher concentric impulse (higher Drive). While the athlete on the right has a much higher rate of force (likely accelerates out of the blocks faster - higher Load) but doesn’t tend to prolong force for as long (lower Drive). Each of these athletes not only moves differently, but they should also probably train differently even if they are the same position!

The NFL is not only looking at quantitative measures, but they are also looking into qualitative factors of performance, and they aren’t alone. Many of our partners (NFL and others) are doing the same, and it’s become time to not only look at results, but rather the “how” and “why” behind those results so that we can collectively make better-informed decisions regarding the health and performance of each individual.

While the “sports science” industry takes a lot of heat (and rightfully so) for promises and gadgets that collect everything under the sun, we should also take a step back and look at the promise we are seeing - particularly from those utilizing extensive data. It’s a good reminder that it’s not just hardware and gadgets, but mainly the use of data collected through standardized assessments that can really push the industry in the right direction.

The Sparta Score - How Do You Stack Up?

It’s Not the Force Plate, it’s the Data

Cause and Effect: Are You Tracking the Right Metrics?