The most common questions we get here at Sparta revolve around our athletic assessment; a series of Vertical Jumps on a Force Plate represented graphically by the Movement Signature™. A common concern is that we are over-simplifying the complexities of athletic movement by limiting our focus to the counter-movement jump. We believe, as da Vinci said, “simplicity is the ultimate sophistication”.

For an assessment to be a holistic representation of athletic movement, it cannot be dependent on skill. A movement that requires a high level of skill such as the 225lb Bench Press can be improved greatly by drilling technique, without real gains in strength. However, there is no advantage in being a skilled jumper when it comes to the movement signature.

The skill component of the jump is eliminated because we are not measuring how high they jump, rather the force patterns and timing in which they produce the jump. Athleticism is hard to define, but using an assessment that measures movement quality allows us to measure athletes’ unique neuromuscular solutions for creating movement. The goal isn’t to jump higher, but to improve movement quality which will be different for everyone based on their sport, position, and even injury history. As we have noted previously, jumping higher doesn’t necessarily make you a better force producer when we look at the movement signature variables. Improving an athlete’s signature doesn’t come from jumping higher, but from changing HOW that athlete moves. 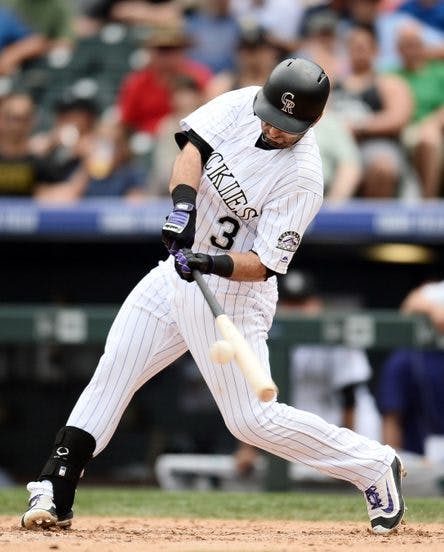 Athletic movement involves all 3 directional planes, it’s true. The common misconception is that all planes are created equal. Because we play on Earth we have to account for a little force called gravity, the vertical plane is the primary plane of movement in ALL SPORTS. We weren’t the first to notice that the vertical plane is the most correlated with movement in sport. There are countless research studies showing the correlation of vertical jump (vertical forces) with sports skills.

For example, the largest correlation to rotational power (throwing velocity, batted ball speed) is the vertical stiffness of the front leg. A 2012 study found that the vertical jump test explained 46-49% of the change in direction test. A 2005 study showed the highest correlation to sprint times was the vertical jump, and referenced several other studies also reporting this finding, despite different genders, sports, positions, and distances. A 2011 study found a correlation between vertical forces and key starting performance indicators with elite swimmers. Force production is universal. After all, the primary resistance in all movement is still gravity.

In the world of sports science, one of the most overlooked aspects of compliance is logistics. Data collection can be a tedious task, most assessments in the sports science world are done 1-2 times a year as they can be very time consuming and impractical. The vertical jump assessment we use takes 1 minute (6 vertical jumps with a 5-10 second rest), and our partners often have the athletes run the tests themselves. Teams and organizations can assess and reassess every 3-4 weeks to see how their intervention has affected their athletes, and make changes as they see fit. When it comes down to it, practicality is non-negotiable.