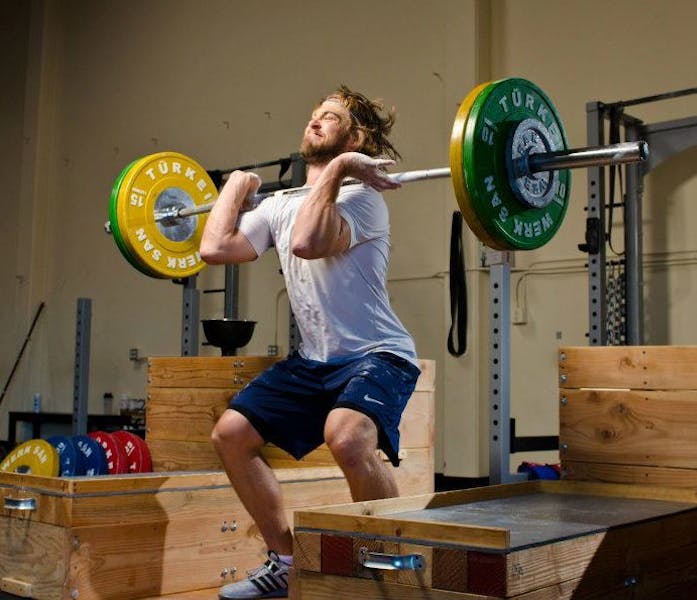 Some of our software clients use Elite Form, a great piece of equipment that measures bar velocity to gauge effectiveness of the set, the specific day’s workload, and often the global stimulus for the entire training block. With such great information, there was a need for it to be better centralized with other factors stored on our Sparta Platform; injuries, sport statistics, and force plate assessments. Our software engineering team helped this particular University establish an automated sync (API) between Elite Form and Sparta. We found that the improvements of athletes were not as pronounced as initially suspected, given the great training program and subsequent success they had in health and performance in their sport. One missing value became clear, time.

Initially what we found was that this University's athletes had modest improvements in bar velocity and subsequent power calculations (taking velocity and multiplying it by weight and gravity coefficient to equal Watts). Then we applied the calculation we use with tonnage, dividing the power output from each set by the duration of the set in seconds. The result resembled what we expected; a building improvement of power throughout the off season and even into the season. One of the reasons power became greater in season was that athletes have less time (school, travel schedules, practice, film, etc.). With less time to train and an overall greater sense of urgency to get to the next "thing", athletes spent about 30-40% less time between sets.

The most precious value within any organization or individual is time, and all other pursuits are simply a degree removed from such a central metric.

The result of dividing the power by time was a greater power density; the same power was produced, but performed in less time. We have discussed this concept of density before; the idea that the training goal should be more or the same output in less time. Generally, we are not training weightlifters or track & field, so repeating efforts can often be a greater value than one set of maximal effort in weight or velocity.

However, the key to this pursuit of density is first achieving a sufficient level of output in power or weight. We use a level system, where athletes progress after achieving specific percentages of body weight. A crucial piece of this progression is to reduce the time of sets by 30 seconds for each major level. In this system, athletes certainly lift more weight, produce more velocity, or jump further but the compounding variable is such performance increases are achieved in the same or less time.

Not that much different until you factor in the athlete’s self selected rest time of 103 and 215 seconds for athlete A and B respectively.

Easily validate your team's progress by showing true "fitness", which is power density