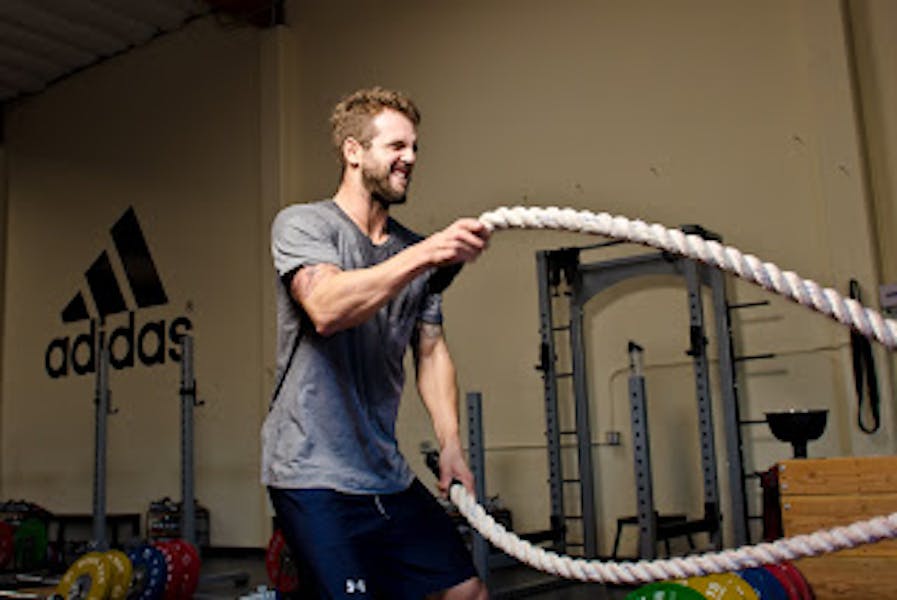 The word analgesic derives from Greek an- (“without”) and algos (“pain”). One of the most commonly used classes of these medications are nonsteroidal anti-inflammatory drugs, or NSAIDs. Some examples include ibuprofen (Advil, Motrin), aspirin, and naproxen (Aleve). These drugs are easy to obtain over the counter, generally used to reduce pain and inflammation that can be a result of strenuous activity. Unfortunately among athletes, NSAIDs have become as ritualistic as warm-ups and favorite game day shirts, a study even found that around 50% of World Cup soccer athletes regularly consumed them. However, the problem with NSAIDs is the immediate consequences of making you weaker and prolonging the actual healing form injury.

Our education must begin from a basic knowledge of the inflammation process. In the past, we have talked about inflammation being bad (see Sparta Point). Really it is the chronic inflammation that is bad; leading to overuse injuries like tendonitis and diseases like cancer. Acute inflammation, however, is normal and it is supposed to happen. The first incident is that tissue gets damaged, whether a workout disrupts muscle fibers or an injury like an ankle sprain tears a ligament. The second major inflammation step is that white blood cells are mobilized in the blood for transport to the injury, allowing a responsive clean-up to the damaged area. Finally, the repair of this tissue occurs via satellite cells (the stem cells of skeletal muscle). Their role is to provide new myonuclei to allow the muscle fibers to grow (hypertrophy), to repair of damaged soft tissue.

Unfortunately, NSAIDs disrupts these mechanisms of inflammation that allow positive adaptations. These medications inhibit an enzyme, called cyclooxygenase (COX), which helps form prostaglandins that act as messengers in the process of inflammation. The swelling and subsequent prostaglandin production signals all of the important cells circulating in your body to come and fix/reinforce the challenged tissues. One of the primary effects of prostaglandins is the stimulation of satellite cells.

The largest source of NSAID research is at the Institute of Sports Medicine in Copenhagen, Denmark. Their 2012 study examined the effects of NSAIDs after a training sessions focused on eccentric contractions. These contractions occur while the muscle is lengthening (think about the stretch as you descend in a lunge), and were used in the sued because the result is much greater muscle damage (DOMS), often felt by the soreness and inflammation (see SpartaPoint). The authors found that NSAIDs inhibit the exercise-induced satellite cell proliferation immediately, as well as 8 hours after the drugs were discontinued.

So if you’re sore, injured, and/or in pain

You can also keep popping NSAIDs, and you truly will have “no pain” and “no gain.”

Mackey, A., Mikkelsin, U., et al. Rehabilitation of Muscle After Injury—The Role of Anti-Inflammatory Drugs. Scandinavian Journal of Medicine and Science in Sports. 2012.