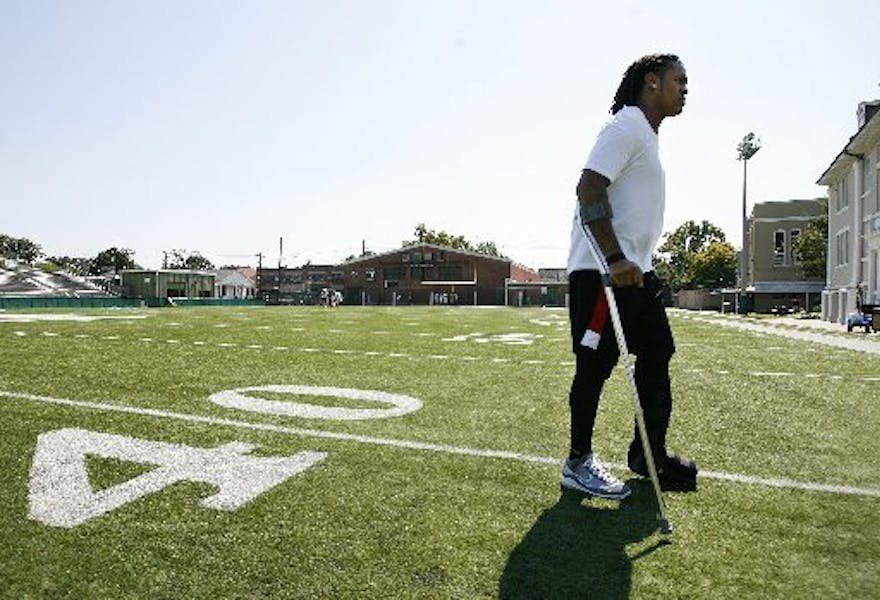 I recently returned from another refreshing trip to Australia, learning from colleagues and often discussing the vague process for athletes seeking to return to play (RTP). One of the major RTP assumptions is that tissue heals amongst different individuals at the same rate, yielding a similar healing process across different individuals.

The majority of occurrences continue to operate in the manner of a time-based system (i.e. 6 months for an ACL), as opposed to a meritocracy.

Perhaps the largest assumption continues to be the importance of right versus left limb performance; specifically, the relationship of an athlete's injured leg/arm compared to another limb. For lower limb injuries, such as an ACL, a forward hop or repeated forward hops are often used to assess an athlete's dynamic stability between the left and right leg. This comparison is often referred to as a ratio or index, such as the Limb Symmetry Index (LSI). An LSI less than 85 or 90% is thought to be indicative of an increased risk for additional injury. However, recent studies have found this concept to be flawed.

A 2016 publication was performed by the Cincinnati Children’s Hospital Medical Center in Ohio (citation below), which is a source for many papers on best practices of ACL reconstruction and rehabilitation. While there was some differences in single leg hop performance between limbs on female athletes with ACL history, the proposed index of 85-90% limb symmetry index proved to be insignificant.

Our statisticians have recently found a similar outcome with our specific lower body stability assessment, the balance scan. A difference between right and left limbs had no significance between healthy and injured limbs, providing no increased probability for injury. However, our standardized assessment provides odds for injury risk from an extensive database of normative values from forces as well as injuries input into our system.

The findings specifically showed an increased probability for injury on individuals below a 48 T-score, regardless of the difference between right and left limbs. This shows us that it can be dangerous to evaluate asymmetry, especially by simply accepting that the "better testing limb" is the gold standard instead of utilizing normative values across larger populations.

Most importantly, they found a way to improve lackluster stability by relating it to the Sparta signature. A higher ratio of load to drive was correlated to increase balanced profiles, so squatting and its other eccentrically oriented variations are likely to be the best route for enacting positive change.