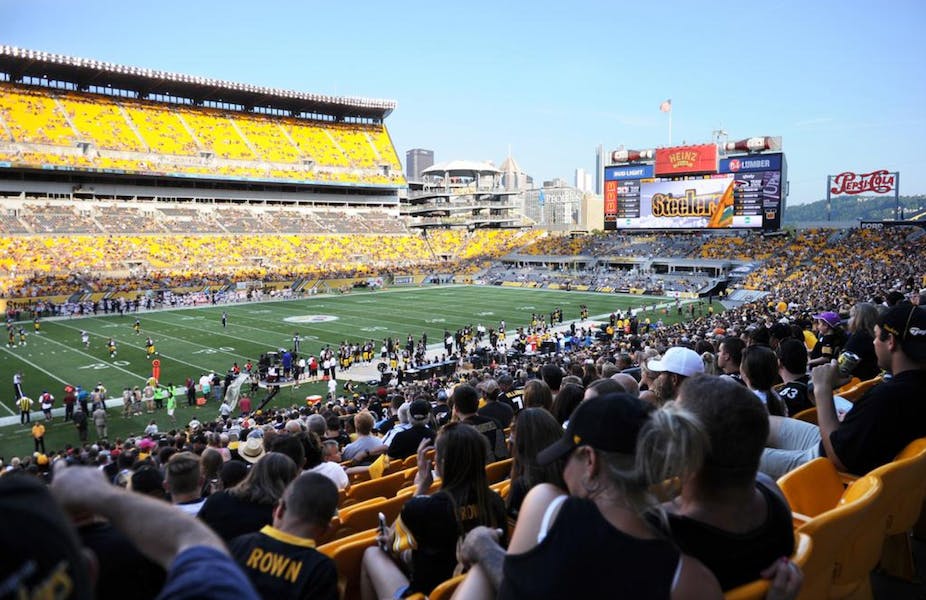 San-Francisco-based software startup Sparta Science, which partnered with the Pittsburgh Steelers in December, visited Pittsburgh this week with thoughts of a second office in mind.

Sparta Science creates software that measures movement patterns for applications in sports, medicine and the military. The technology layers artificial intelligence on top of sensors called force plates that can identify injury risk and performance opportunities in individuals.

The startup, which launched in 2015, has 30 employees and has raised $10 million in funding to date.

Phil Wagner, CEO and founder of Sparta Science, started the company after his own experience with injury as a college football player.

“I was pretty shocked at the level of guesswork that went into figuring out why this was happening, and then also during the rehab process how much subjectivity was involved,” he said.

From that origin in sports, Sparta Science now works with over 100 college and professional teams, including six NFL teams and the University of Pittsburgh. The company also works in the military and medicine verticals, and its introduction to Pittsburgh proved an ideal opportunity.

The Steelers introduced Sparta Science to partners at UPMC, and Pitt introduced the startup to the Department of Defense’s local Neuromuscular Research Lab.

“Pittsburgh is extremely unique in that they have all three [markets we work in] at a very high level,” Wagner said. “...If we were to have a second office, Pittsburgh would be high on the list, because it actually might be the only city that has all three.”

Wagner did not provide a timeline for when Sparta Science will be ready to expand, but he said the frequent travel and cost of operations in Silicon Valley are pushing the company toward a move.