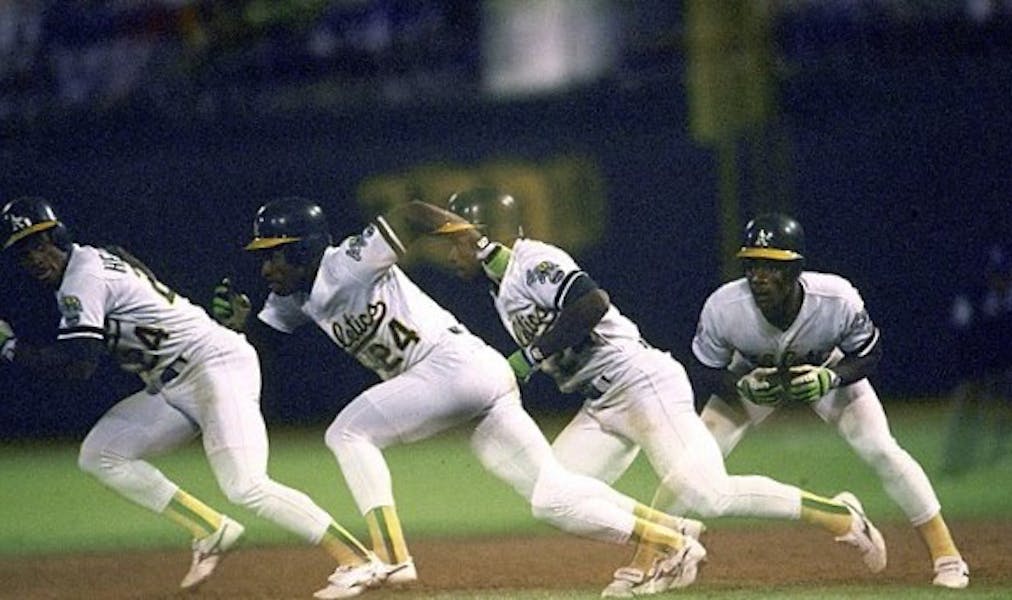 Here at Sparta, we are gearing up for our pro baseball off-season.  One of the most common goals of position players for the off-season is to increase speed.  While strength is a major factor in sprint times, many of these athletes can benefit immensely from simply improving their sprint mechanics, or improving the skill of sprinting.  One of the best ways to immediately get these players to run faster, or any athlete for that matter, is to step backwards! That’s right, by dropping one of your feet in the OPPOSITE direction of your target; you can get your destination sooner.

Athletes have intuitively known this nugget for years, the best base-stealer of all time, Rickey Henderson, would always drop his front foot before heading to second base. Unfortunately for almost as many years coaches have been coaching their athletes out of a drop step, titling it a “false” step, which is “obviously a waste of time and movement.”

However, only recently was such athletic intuition confirmed by research. A 2011 study out of the Department of Kinesiology at the University of Waterloo, Canada, examined athletes of varying start stances and their effect on both 5 and 10 meter times (PubMed). One group started with their feet parallel before stepping forward, the second group started in a split stance with one foot forward before stepping forward, and the last group did a drop step or false start, stepping backwards to initiate movement.

The authors found that the false start group had the fastest sprint times at all distances due to increased force and power at push off. While the other groups spent more time on the ground, this longer opportunity to apply force was not an efficient means of movement due to the slower result, 29-66% slower in fact! The reason this false start is more effective is due to the way an athlete applies force. Basically this backwards step sets up a better angle to apply force into the ground towards the desired direction, in this case, horizontal or forward. They also correlated these sprint times with greater vertical ground reaction forces (GRF) using a force plate.

Most recommendations for quickness in the lateral direction (Right to Left, like stealing a base) are directed to use a cross over step; the front foot remains planted while the back leg crosses over the front leg. The argument is that this method never “loses ground”. Well, athletes and researchers both know that what they may lose initially with this drop step, they gain by a greater rate of force and angle to apply this power.