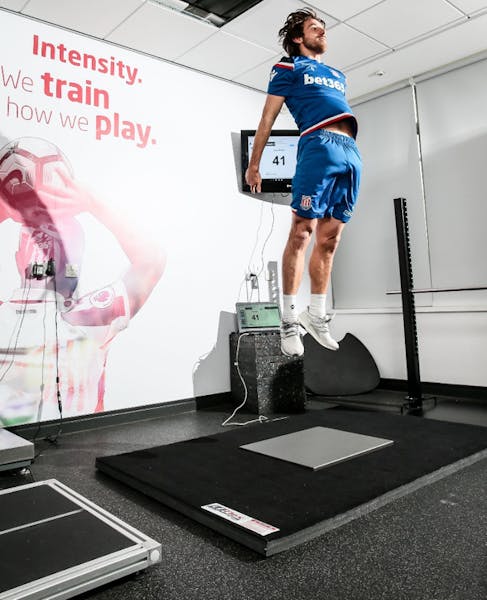 The Sparta software platform allows coaches and trainers to measure and reduce player injury risk, increasing on-field time and decreasing costs associated with injury treatment, insurance and sidelined players. Sparta monitors athlete readiness and health with the Sparta Scan, a test that collects data from a series of jumps on a force plate, compares it to data collected from more than 10,000 professional and collegiate athletes over a nine-year span and predicts injury risk with proven accuracy.

“We needed to have an objective and simple system that we could sell to players and coaching staff, and the clarity that Sparta Science’s system gives us keeps us from getting buried in data that doesn’t matter— coaches and players know what they need to pay attention to,” said Andy Davies, lead strength and rehab coach, Stoke City F.C. “The speed is also remarkable— we have two harder training days a week and can get all 30 of our guys tested within a half-hour. This helps with consistency, objectively tracking training results and knowing when our injured players are ready to return to the pitch.”

“This partnership marks our first with an English Premier League club, and we’re eager to apply nearly a decade of learning from teams across all American major leagues to what many consider the world’s most popular league,” said Phil Wagner, M.D., CEO and founder of Sparta Science. “We pride ourselves in providing a solution that delivers equally well on the priorities of the front office, coaching staff and players alike.”

“Since we’ve brought in the Sparta Science system, we have been able to refine our morning training programs, which has helped increase my availability, as I’m sure it has many of the team,” said Joe Allen, midfielder for Stoke City and Wales international player.