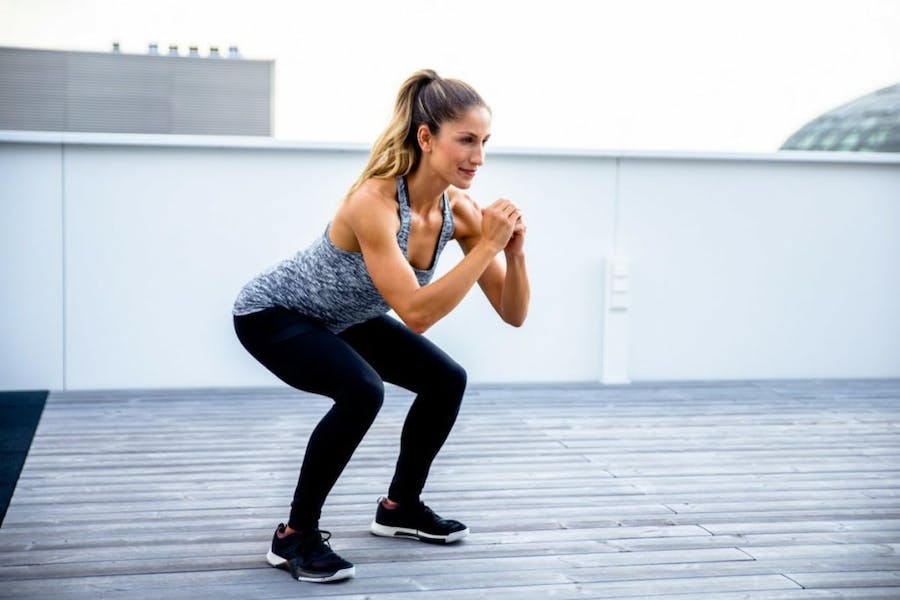 While playing your sport and honing your skills are still the best way to prepare for your sport’s energy requirements, the Tabata protocol is the most efficient means to improve conditioning.

The Tabata protocol consists of 7 sets of 20 seconds of exercise, interspersed with 10 seconds of rest. As you may have guessed, the research was done by a professor named Tabata, out of the Department of Physiology and Biomechanics in Prefecture, Japan. This 1996 study showed that moderate-intensity aerobic training, the traditional form of conditioning such as jogging or running continuously, improves maximal aerobic power, but does not change anaerobic capacity. This absence is a critical rationale for avoiding sustained exercise (i.e. over 30 seconds), unless you are training for sports that do not involve the anaerobic system, such as race walking. This research went on to find that the protocol of 20 seconds of work with 10 seconds of rest, improved both the anaerobic and aerobic energy systems at the same time! The 20 seconds of work was intense enough to require subjects to move explosively to target the anaerobic pathways, yet the short rest challenged the aerobic system to provide oxygen for a faster recovery between bouts. A follow-up study by Tabata added to these findings, showing the protocol taxed both the anaerobic and aerobic energy releasing systems almost maximally.

There is one major caveat to the Tabata protocol described above; you must perform the 20 seconds of work at a near maximum intensity. Sprinting up a hill and lifting weights are just 2 simple examples of methods that apply enough intensity (i.e. resistance) necessary to really challenge the anaerobic system in a short period of time. So obviously before you begin the 210 total seconds of Tabata (yes, just 3.5 minutes), a gradual, exercise-specific warm-up is needed to ensure your body is prepared for the upcoming bouts of maximal effort.

Pro-athletes not not perform the above protocols because most sport seasons last year round now, and the body needs to focus more on strengthening the ligaments, tendons, and muscles that provides for injury prevention. However, for general population, weekend warriors, or if athletes are injured and unable to perform their sport skill, the Tabata protocol is an excellent, efficient means to simultaneously challenge your aerobic and anaerobic energy systems.