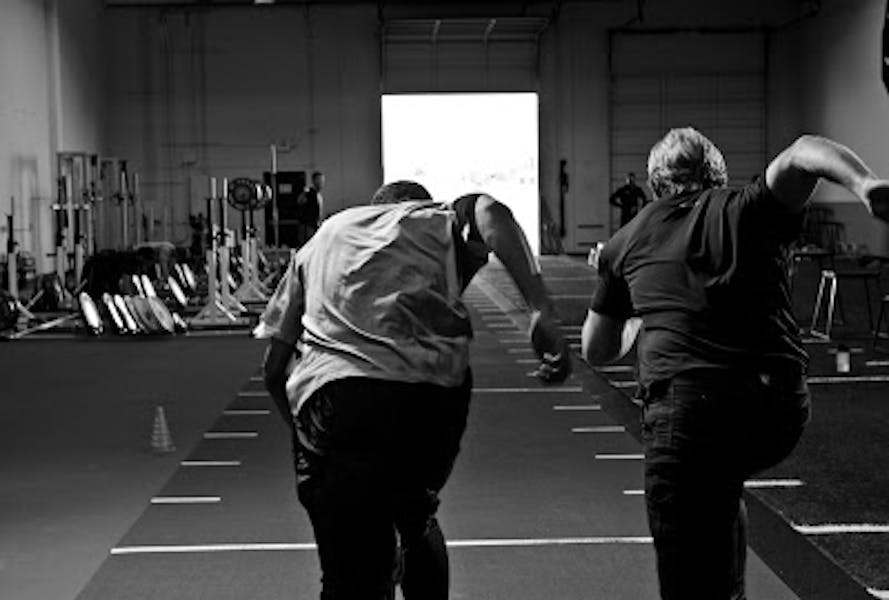 Everyone wants to be quicker; there is something about quickness that is associated with our perception of athleticism. Quickness is that ability to move rapidly, perhaps best differentiated by its deep reliance on reaction time. It is why coaches and athletes feel they need a better "first step" in their sport. However, pursuing quickness through physical means (i.e. producing force rapidly) might not be the answer, as visual recognition in sport plays a major role (Sparta Point).

The other challenge is physical performance tests, often adopted from football training and/or combine testing, such as 1 repetition max (1 RM) lifting or a 5-10-5 agility. These assessments favor the strong and the quick, but only a few of these performance assessments are valid, meaning they do not necessarily evaluate your athleticism just your explosiveness.

This confusion surrounding the components of quickness and their validity is critical to evaluate, as quickness does not guarantee sport success, in fact, it might hinder your athleticism.

So we know now that quick athletes move well in short distances, and no direction reflects this more than lateral, or left/right. Often times, lateral is confused with rotational motion, yet they involve completely different movement sequences and are correlated with distinctly unique sports. Rotation occurs about an axis, with little displacement occurring, while lateral does have movement from the starting position, albeit not a large change like a linear athlete (Sparta Point).

I just spent the week with a professional baseball hitting coach, who noticed as the season progresses, his athletes start to "skate" more, rather than rotate. Specifically, we saw his athletes initiate their swing well by pushing off their back leg (LOAD). But rather than finishing the rotation by transferring the force onto the front leg and hip (DRIVE), the back leg kicked behind the body. This altered sequence is a lateral movement, a quicker sequence, but not a rotationally powerful swing because of the lack of extension from the hips to finish.

Certainly, a good coaching eye is where these observations begin and continue to be monitored, but we can also be objective on these changes through a movement signature. The lateral movement signature shown to the right, has a lower DRIVE relative to the rest of the sequencing pattern. So they initiate movement well through their ankles/knees and quadriceps (LOAD) and transfer energy through their trunk/core (EXPLODE), but fall short of prolonging force production by allowing transfer of energy to the most powerful joint in their body, the hips.

You can already pick out that the lateral movement signature by appearance alone. They fall into the mesomorph body type classification; higher amounts muscle mass, both naturally and through a heightened response to sport/training. These athletes seem to possess higher levels of fast twitch fibers, agreeing with the research consensus that fast twitch fibers produce the same amount of force per contraction as slow muscles, but just fire more rapidly, hence the name "fast twitch". These athletes tend to have shorter limbs and a lower center of gravity, anthropometrics that favor a shorter distance for force transmission and thus quicker movement.

The lateral athletes excel at sport and movements that involve quick changes of direction; basketball guards, defensive backs in football, and midfielders in soccer. One of the major characteristics that make them successful is their relative reliance on stride rate rather than stride length. They produce, quick ground contacts through lower leg stiffness (LOAD) and/or exceptional use of the stretch shortening cycle by bracing at the right moment (EXPLODE).

Certainly, training can predispose athletes to this movement signature. Heavier movements favor fast twitch muscle development and even conversion. Quick movements, such as speed ladders or cone drills, but even an excessive upper body or core emphasis can have a large effect on limiting DRIVE development (Sparta Point).

It is a Continuum

The examples of sport and position mentioned above are not set into specific silos, but rather a continuum. I have had some great discussions with coaches, recently Trent Dilfer, who encouraged one of our quarterbacks to develop his own attributes more rather than work on weaknesses. Many positions offer unique characteristics by being outside the norm.

We have also seen a few recent examples where athletes have excelled in their position as a result of changes along the continuum. Jason Castro was primarily a defensive catcher (more lateral), yet developed more DRIVE this past off-season to be more of a power-hitting catcher (more rotational) and ultimately a 2013 All-Star. Another example is the differences we see on the force plate between two different styles of player at the same position.  Some basketball guards (Jeremy Lin) can drive through the lane smoothly (linear) while others (Ben McLemore) are quicker and can dunk from anywhere (lateral).