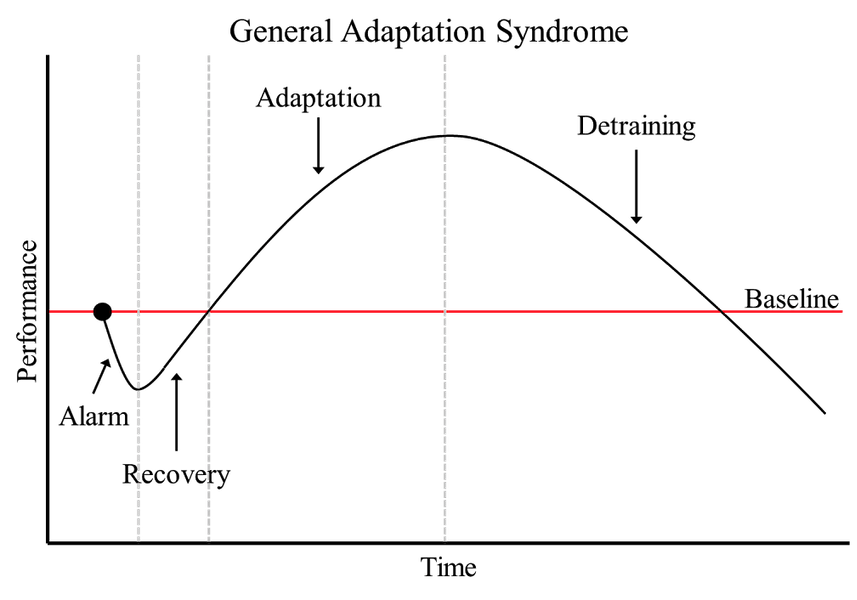 One of the core balancing acts of medicine is the same as athletic performance, you have to provide stress to challenge the system and subsequently cause adaptation. However, too much stress or a poorly timed provision of stress can cause injury.  A great example of this concept in a training environment is the landing from a jump, particularly 1 leg jumps or a hop. Practitioners often prescribe and cue athletes to land softly as it is easier on their body.  Yet, if we are never exposing the athlete to stress from landing hard, do we ever provide enough stimulus to protect them in their sport? 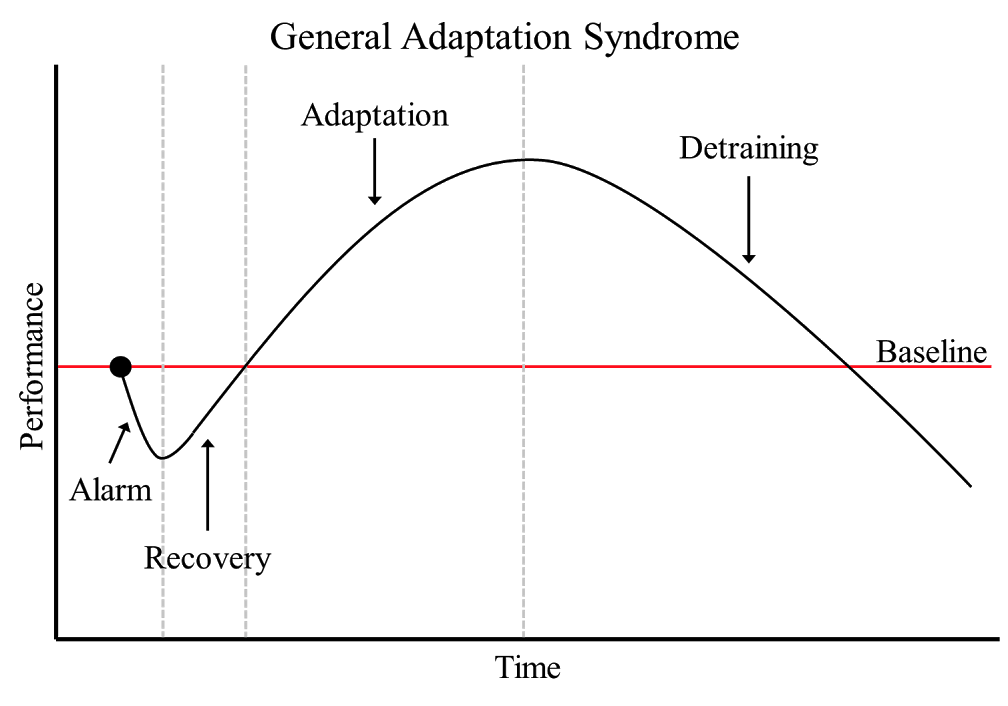 Stress was originally coined by Hans Selye in 1956, describing the general adaptation syndrome where the initial response, the alarm stage, is negative, with the physiological state of the organism decreasing following the imposition of stress shown in the image above. A more comprehensive model of the physiological responses to training stimuli is the fitness-fatigue theory. Proposed in 1982 by Banister, the fitness-fatigue model argues that different training stresses result in different physiological responses, particularly using an individual's baseline of training to better quantify fitness (a positive adaptation) versus fatigue (a negative adaptation). 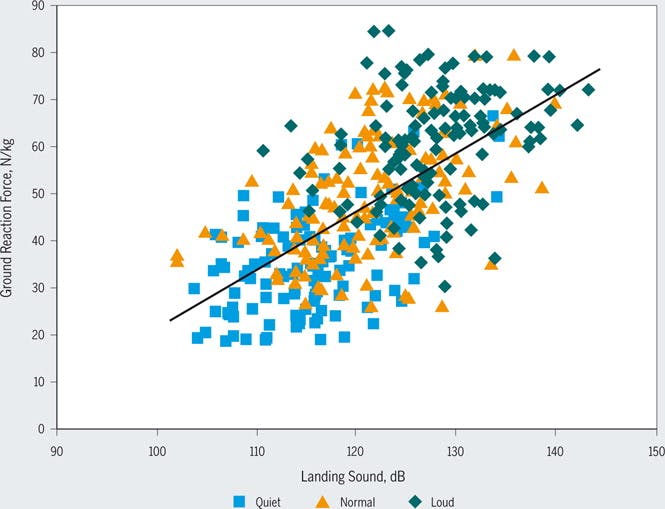 Back to our example of single leg landing. A softer landing has been consistently shown to produce lower ground reaction forces, so the rationale to instruct athletes to "land softly" in order to reduce stress on the body is sound. A March 2016 study found a rather linear relationship to these factors; with increased landing sound from recordings, there was a continued increase in force measured by a force plate (shown in the graph to the right).

Landing soft is clearly less stressful, but what is the goal of training for an athlete? Training should seek to provide stress; such as landing hard in order to expose larger ground reaction forces to the body, which can cause a greater stimulus for adaptation. Where the fitness-fatigue model evolves this general adaption further is that each individual has a different baseline. Whether it be through genetic/innate makeup or from their prior training experience. If an athlete is untrained or beginning their off-season, their forces and number of landings must be limited initially before being increased each subsequent week. The other key rationale behind landing harder is that most movements are skills. These patterns must be learned and rehearsed, so we must teach the athlete conditions that will be faced in their competitive environment; landing and absorbing large amounts of force.

By landing soft you provide less force over a greater time. A situation rarely seen in sports unless watching the losing competitor. The key is to provide the athlete with sufficient stress (higher forces) to allow both adaptation of the tissues and rehearsal of the movement pattern more likely to be encountered in their sport. We must land aggressively (more force), but also avoid being reckless (too much time to stabilize upon landing).

Applying the Stress of Landing in the Best Way

At Sparta, we use a patented assessment that allows us to identify the proper ratio for each individual. We then aggregate thousands of landing trials from the force plate while de-identifying athletes to protect their information. This allows us to objectively set a goal for the athlete population, both those returning from injury and athletes who may be predisposed to a future setback. The unique part about our landing assessment is that there is a learning effect, unlike the Sparta scan which produces a Sparta Signature. The learning effect is acceptable here because we are trying to encourage the athlete to land aggressively, particularly athletes who are trying to return from injury in the later phases. Trusting their body under high force exposure is a key psychological and subsequent physiological factor to a successful rehabilitation process.