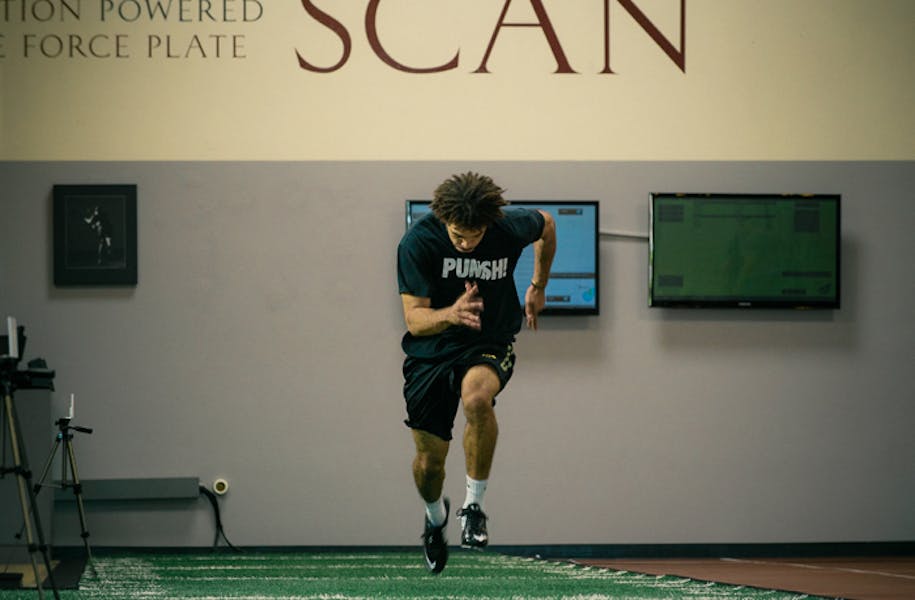 The problem originates from a common approach where adding exercises to a program is favored over refining or substituting exercises. The concept applies universally: adding supplements to nutrition or more drills to practice may hinder development. As coaches, we strive for positive responses from stimulus but sometimes fail to realize there is always a negative effect to that same stimulus.

To the right is an analysis table showing different training plan effects on increasing one of the force plate variables (EXPLODE) from the Sparta Scan.

For example, Plan 9 which consists of 2 major exercises, a split squat and single leg hip thrust, will cause an average t-score drop of 4.26 (as much as 8.36 and as low as 0.17). Split squat is an excellent exercise, providing one of the largest positive effects on DRIVE of any exercise we prescribe, but the findings clearly indicate a negative or interference effect on EXPLODE. The effect is likely due to longer rep duration as it is a one leg exercise and its companion, hip thrust, is on the ground so requires less bracing.

There are specific plans that boost EXPLODE - primarily bracing oriented movements, like deadlift shown in Plan 7 to the right, having and average t-score increase of 3.30.

By gathering the data and analyzing the results we are using the data to avoid  driving with the brake on.