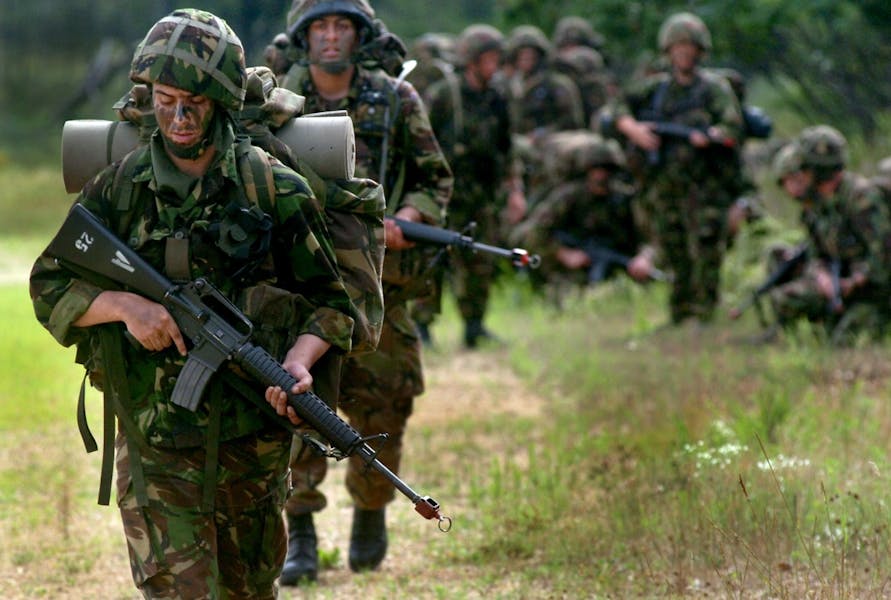 Often times when I’m on site with a new partner I get asked questions about the database and how long it’s been aggregating data points. This usually sparks a fun conversation into how it all started, and the genesis of Dr. Phil Wagner and Sparta Science. How often should we assess? What is a T-Score? Is that out of 100? These are great common questions, which I love to go in depth with - including how to provide context to data, which makes a huge difference in how it’s interpreted. Recently, I was asked why we don’t compare sport to sport. Intuitively, it would make sense to only compare football players with other football players, right? For better insight, should we only compare soldiers with other soldiers? It may not be that simple.

At Sparta, instead of comparing only soldiers to soldiers, we analyze movement in context to the entire male or female population. So why don’t we create separate databases for each sport or service? We have found that more meaningful findings are possible when utilizing only gender norms, rather than separating by population. Similar concepts were applied when creating norms for blood analysis. Should we use separate norms based on ethnicity, or age? Or does creating an aggregate database actually provide deeper insight?

Just as what they discovered in the blood work results, we found there is more similarity between positions across different populations (Offensive Lineman in Football - Front Row in Rugby – Catcher in Baseball) than within select populations (Pitcher to Center fielder). What do all of these have in common? They are required to squat to play their position. Simply said, gender has proven the most reliable and valid population for creating actionable information. If we chose to divide our database into several pieces we would still see it to be reliable, but with less statistical power than one might assume - and for the practitioner that means less understanding, or context to drive the training process. For example, our first year working with military special forces, injuries were reduced significantly compared to the previous year. Even without Military-specific data, the power is clearly seen in comparing within gender.

Ready to go or be put into action; ready for use.

An expert in any field is not about guess-work. If we continue to only compare, or rank individuals within a population there would be no way to know the potential biases of that specific population. For example, a hamstring pulled during a soccer game is similar to that of a batter in cricket, which is also similar to the soldier in full gear carrying a heavy load through the marsh. To compare movement, or more so compensation during movement is critical, and to simply keyhole the reasoning for injury to a sport or skill is going to leave more questions than answers.

Movement is universal – and skills are the separator.

A unit of elite special forces might all have similar absolute scores for force plate variables, but these patterns may be a result of similar background and training history, such as boot camp training. By incorporating a much larger and broader population, it is possible to better recognize strengths and weaknesses within a global movement assessment. Being able to provide T-Scores, or context, is going to paint a much clearer picture in regards to what to do next. That is the question anyway, right?