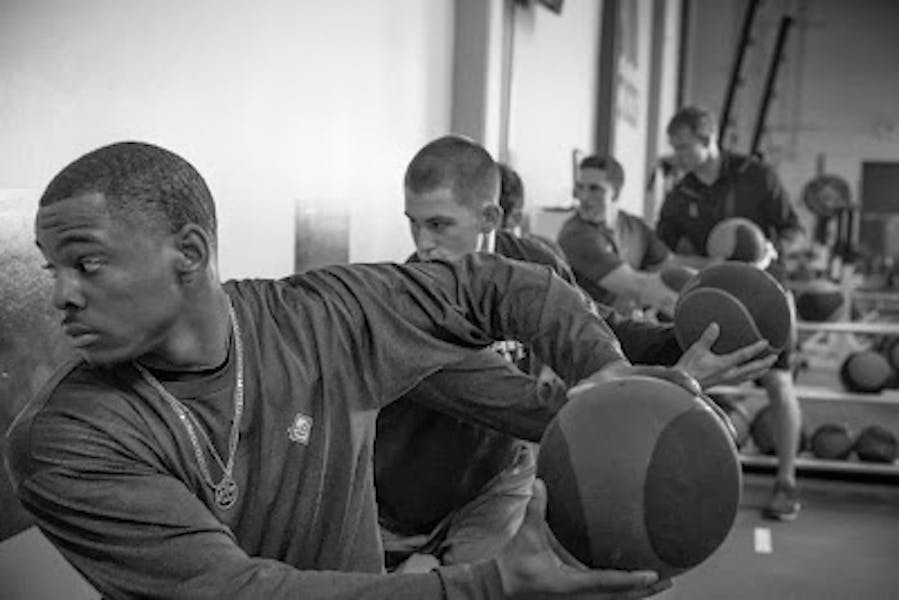 At the heart of every movement is the interplay of mobility and stability. Rotational movement is the best stage for this interplay, regardless of whether you are throwing a ball or turning around while sprinting to reverse direction. In order for a change in direction to be accurate, the rotation must also be linear, or straight ahead. Otherwise, this rotation without linear motion will cause you to fall over or lose considerable accuracy.

This over rotation is due to a leakage of force and tension in transition from one direction to another. While this loss of energy in transition allows athletes to be acutely successful in certain endeavors, too much can be inefficient. So how much rotation is too much and what can be done to fix these spinning tops???

Shown in the figure, the weak explode signature occurs when EXPLODE is significantly less than LOAD and DRIVE. These athletes generally have difficulty controlling their center of mass or momentum during a movement. Examples of these athletes that struggle in the deceleration process are:

Like all weak Movement Signatures, these situations are found with athletes that are provided with a  limited stimulus, whether just one sport and/or one training method. For example, athletes that are already rotational, perpetuated by rotational training will exhibit this weak explode signature.

Anticipation is the Key to Addressing Weak Explode

Anticipation is a general term for the neuromuscular process known as feed forward control. This mechanism predicts the effects of external forces and takes corrective action to maintain body position. Feed forward mechanisms especially become critical at joints that need stability, like the foot, knee and lumbar spine.

For example, athletes need to anticipate their positioning at the foot (i.e. landing), often seen when the arch collapses inward on impact. Another common observation in weak explode is the loss of a neutral spinal position; during the start of a movement, the lower back rounds to generate more energy.

To improve explode in isolation, quick or explosive movements in the lateral plane are particularly helpful as the athlete can learn to anticipate in a more controlled environment compared to the competitive nature found in sport.

As with any stability focus, mobility must be de-emphasized. Bracing exercises, whether it is quick jumps or deadlifts, help the athlete anticipate changes of direction. Beyond these more global exercises, we often prescribe extra stability complexes and upper body workouts to "tighten up" the athlete’s signature.

We know poor trunk control limits accuracy, an inefficient translation of energy in a desired direction. This over-rotation particularly stresses the core and stabilizing regions of the center of mass, such as the lumbo-pelvic-hip complex. Examples include ligamentous injuries, such as sports hernia and sacroiliac disruptions.