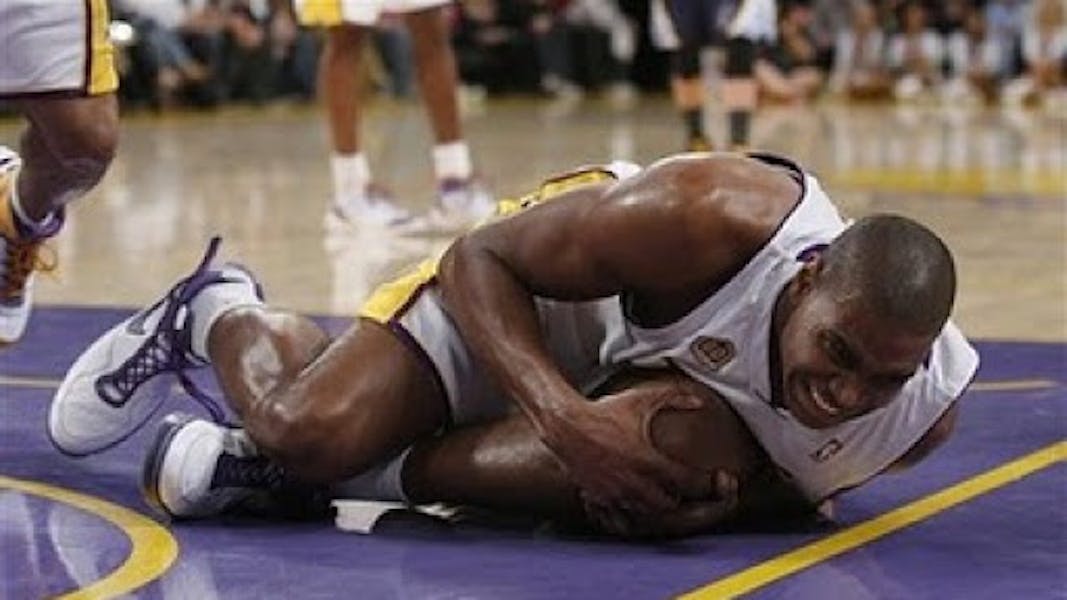 ACL (anterior cruciate ligament) injuries are a hot topic these days, from orthopedic surgery centers to the sidelines at high school soccer games. The ACL is one of the four major ligaments of your knee joint, and unfortunately is often injured by athletes during sudden dislocation, torsion or hyperextension of the knee joint.

To make matters worse for females, Randy Dick, the senior assistant director of health and safety for the NCAA says that females are 3-3x more likely than males to injure their ACL. Some statistics have females as much as eight times as likely to injure their ACL as male counterparts. The medical field is rife with studies about ACL injuries and rehabilitation, and what some research shows may surprise you. Some females need to get "stiffer" joints in order to prevent this and other injuries.

To understand why you may need to get stiffer joints, you’ll have to first understand flexibility a little better. Joint range of motion is controlled by the active and passive structures that act on that joint, i.e. the muscles (active), and ligaments, tendons, cartilage and bone (passive).

There are two types of flexibility, active and passive. Active flexibility exists in the belly of muscles, allowing an athlete to go through a full active range of motion (think about a deep and safe squat). Passive flexibility (think about bending down and touching your toes) involves the passive structures (tendons and ligaments) that merely transmit the forces that the muscles produce.

To understand why too much passive flexibility is bad, we'll have to understand one more big word: musculotendinous stiffness. This refers to the elastic characteristics of the muscles and tendons that control a given joint. Researchers from the Neuromuscular Research Lab at The University of North Carolina compared hamstring (a major muscle responsible for limiting ACL loading) characteristics in males and females. The study showed that males had much greater musculotendinous stiffness. In effect, their hamstring muscles and tendons were stiffer and quicker, better at responding to dynamic knee loads.

The researchers believe that females' lack of stiffness places greater strain on their ACL, and can have a profound effect when strain is applied frequently, as in many sports. In another study from The Center for Health, Exercise and Sports Medicine at the University of Melbourne researchers examined patients recovering from ACL reconstruction. The subjects further along in the rehabilitation process (who performed better in knee stability tests) all had significantly more musculotendinous stiffness in the musculature of the operated limb.

Your muscles and tendons are like a series of rubber bands. You don't want your rubber bands to be too loose, they will be slow to respond to quick changes in direction or speed, and put dangerous amounts of stress on ligaments and other soft-tissues. A study from Southern Cross University in New South Whales, Australia, showed that a musculotendinous unit on the stiff end of the elasticity spectrum was able to contract much more forcefully than a loose unit. Stiffer muscles and tendons operate at a more efficient length, produce force more quickly, and are especially good at creating force in the initial stages of movement (called rate of force development). If you think of your body as a car, rate of force development would be your first gear. You want your car to have a big first gear and accelerate quickly. And in the case of a lot of ACL injuries, you want your muscles to contract very quickly in order to protect against ligament damage.

So, what’s the easiest way to get stiffer? Sprint. Sprinting forces your body into forceful, fast ground contacts that build strong, responsive tendons, in a full, safe range of motion.