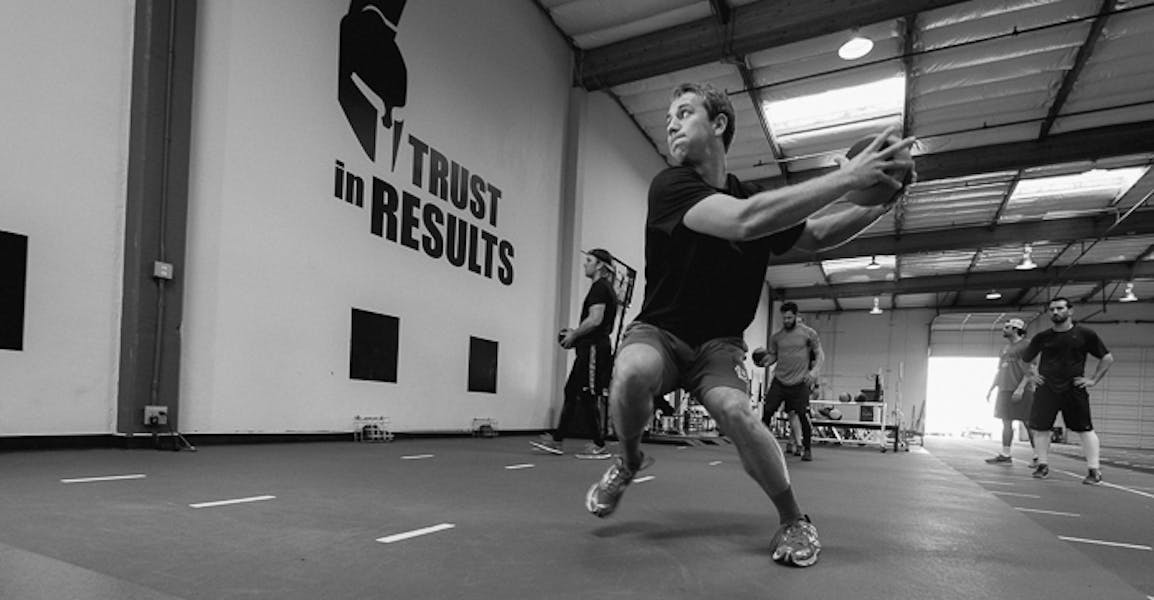 "What is the most important part of the Sparta Signature?" is a question we get asked a lot. While the answer certainly varies from sport to sport and between athletes with different needs, it's hard to argue with LOAD. Because the Sparta Signature is a graphical representation of Ground Reaction Force (GRF) — simplistically, the amount of force being put into the ground— it stands to reason that to be a good force producer it helps to initiate GRF well . The way an athlete initiates movement has a large effect how it will finish. This is particularly true for rotational athletes, and is constantly reinforced by the pitchers we work with.

The Sparta Signature to the right is a scan from an MLB pitcher at the beginning of the 2014 off-season. This is the type of Signature you would expect or want to see from a running back or defensive back,  where the t score for EXPLODE is higher than LOAD and DRIVE. We've found that the best rotational athletes have a Signature that is the exact opposite of that signature, where the t scores for LOAD and DRIVE are greater than EXPLODE. The reason this signature is so great for quicker football players is that when an athlete excels at EXPLODE it means they are great at maintaining stiffness, especially through their trunk. The way this would show up on the field is that athletes with great EXPLODE are able to maintain their momentum really well, which is part of what makes them so fast. By comparison, a rotational doesn't have the luxury of using any momentum. Pitchers with this signature tend to be a great risk for arm injuries because they rely too heavily on their trunk for force production. If the MLB suddenly allowed pitchers to get a running start (like cricket bowlers) then having good EXPLODE might help, but until then they have to learn to generate force from a stationary position.

For the pitcher in the example above we prescribed lots of squats and 1 leg squats, both of which utilize the ankle joint and help active an athletes' quad, one of the most prolific force producers in the body. This made sure that he improved his ability to generate tension in his lower half, taking the load of his trunk and lowering the stress on his arm. The Sparta Signature to the right is from the end of the 2014 off season. You can see that LOAD and DRIVE  have increased and he now has the "U" shape that we like to see for rotational athletes.