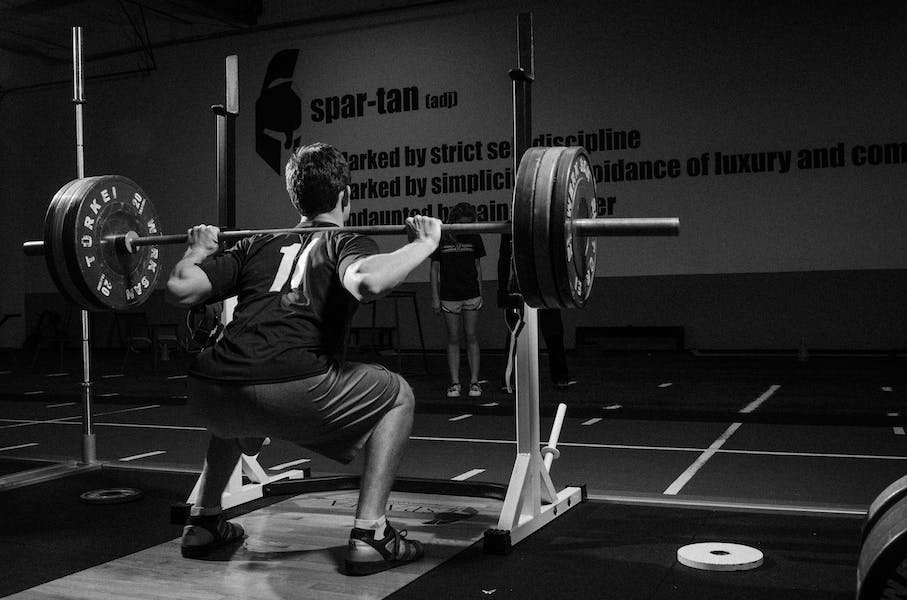 Anytime bodyweight is mentioned in the realm of resistance training, images of "functional training" and weak, overly flexible athletes dance in our heads. So the industry has chosen to base intensities in training off more thundering concepts like maximum speed or the 1 repetition max (1 RM) of a lift. These maximum bases are less reliable than bodyweight because they cannot be measured as often and fluctuate daily based on a host of variables.

Then the problem is further complicated as conjured algorithms try to solve the problem by "estimating" maximum performances to base training around. Research has shown that different individuals can have wildly different 1RMs than these estimations show as many of these formulas do not account for difference in individual (age/gender/training history) or different exercises.

As a former Olympic lifter myself, and having close friends who hold world and domestic powerlifting records, estimated maximum values do NOT equate to real maximum performances. Whether it is a maximum speed or weighted movement, these actions cannot be done frequently in a population that plays a sport; athletes are not lifters, and not exclusively sprinters either so we need to find better ways.

Body weight is the most reliable and practical metric for intensity available. You can measure bodyweight daily and using the same weighing device, the values will be relatively consistent. Furthermore, we must remember that most individuals are not trained Olympic or powerlifters, so their lifting performance change just by improving skill alone. They get more efficient at the specific skill, due to practice and good coaching!

Bodyweight also has a holistic correlation with every physiological process, making it incredibly sensitive to a spectrum of stimuli. Without invasion of privacy, we can often suspect our females' menstrual cycles when we see a 3-4 pound increase, likely due to an increase in water retention. Poor regeneration (less sleep, water, and food) leads to individuals showing up with significantly lower bodyweight than the week before.

But we are still left with this image of squatting or training intensively off bodyweight rather than a more impressive number from an external load. So we need to think abstractly; training off bodyweight %s does not end at 100% of bodyweight.

Individual's can be prescribed intensities for their lifts that are far in excess of their own bodyweight, particularly in the larger movements like squat, deadlift, and split squat. For example, our goals for deadlift in phase 4 (an intermediate measure of training age) for a male athlete is 130% of bodyweight for 3 sets of 3.

This validity of using bodyweight to measure training improvements is further strengthened by the individual's relative speed or strength. As they get larger, their requirements for strength must improve as well, otherwise we just created non-functional mass...useless force.

This provision is extremely helful for atheltes, as it simplifies the collection of a host of body weight metrics; absolute weight, body fat %, lean mass, etc. The goal is just so simple in an era where there is too much data, too many graphs/charts...just get strong. Your ideal body fat and body weight is whatever allows you to produce more relative force.